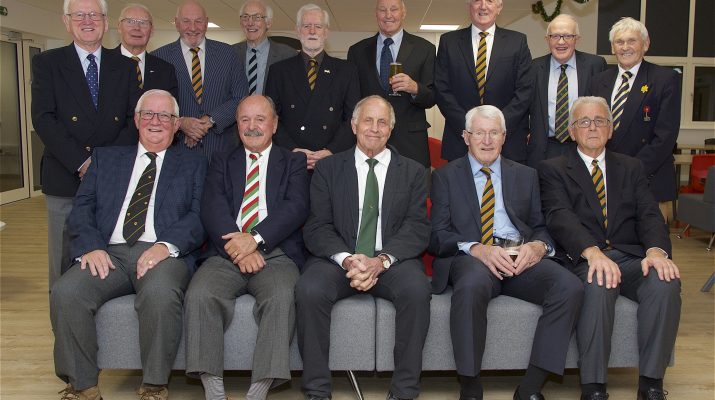 Newport RFC celebrated the Golden Anniversary of the 1969 win against South Africa and the Anglo-Welsh championship winning season with a superb dinner held at Rougemont School on Friday evening.

The event was very well attended by former players, supporters and guests who were hosted by the organisers Friends of Newport Rugby Trust.

Former player Keith James was Master of Ceremonies assisted by Kevin Jarvis with superb speeches from club President Brian ‘BJ’ Jones, former players Paul Watts and Jeff Watkins along with South African vice captain Tommy Bedford who spoke emotionally about his involvement in the game and also the whole tour that was beset with issues and demonstrations due to the apartheid situation. Club chairman Will Godfrey closed the evening thanking all of those involved for their efforts.

It really was a superb evening of nostalgia and the club would like to thank Headmaster Rob Carnevale and his staff for a wonderful welcome at Rougemont School.

Pictures of the event can be viewed here: https://fonr.smugmug.com/Golden-Anniversary-291119/

Thanks to Ronnie Sutcliffe for the photographs.