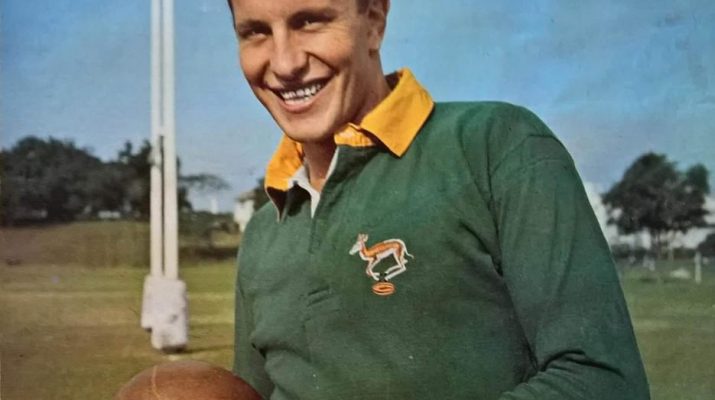 Newport RFC are delighted that former South African captain Tommy Bedford will be guest of honour and guest speaker at a dinner to celebrate the 50th anniversary of Newport RFC’s 1969 victory over the South Africa team in which Tommy played in the back row.

Tommy had 25 test caps for the Springboks with 3 as captain and was vice-captain for the UK tour of 1969. Whilst studying in the UK at Oxford he became a Blue and also captained the university.

This golden anniversary is being celebrated by Newport RFC and Friends of Newport Rugby with a dinner at Rougemont School on the evening of Friday November 29th. Tickets are £40 each or can be bought in tables of 8. Contact commercial director Kevin Jarvis for further details and to book your place – commercial@newportrfc.co.uk