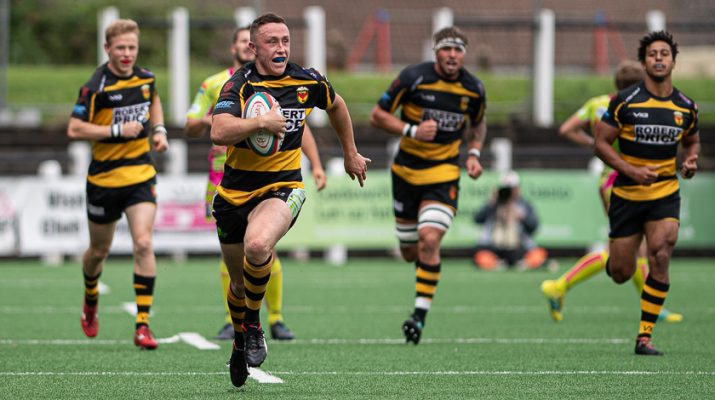 Newport have further strengthened their backs options with the signing of Ryan Gardner from Brynmawr. The elusive running winger marked his Newport debut with a try in the win at Pontypridd.

Backs coach Dai Lynch knows all about Ryan and is pleased with the signing. ‘Ryan has joined after a successful season in Division One East with Brynmawr RFC. The coaches at Newport have been very impressed with his dedication and attitude to learning in training where he has ‘ thrown himself’ into any activity he has been presented with. Another workmanlike performance against Pontypridd in the first trial saw him rewarded with an interception try and he adds considerable competition to an already talented group of wingers that Newport have at their disposal.’