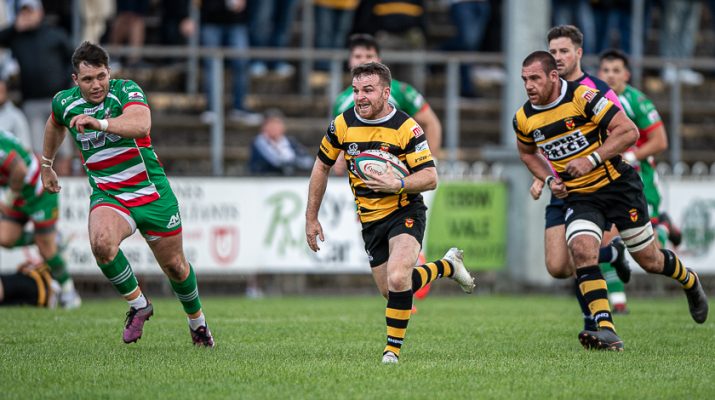 After a solid performance in the game against Ebbw Vale, the Black & Ambers prepare to face Carmarthen Quins in the first round of the National Cup. The first half at Eugene Cross Park saw a fine defensive display and chances were created and finished off. Newport gave away too many penalties in the second half but were satisfied to come away with five points after getting the better of a determined Ebbw outfit.

But Friday is a cup game and we know only too well how difficult these games can be. The Quins have yet to play a competitive game this season but they will want to get off to a winning start. Every team wants to win that first cup game to start a run that leads to the National Stadium. Newport will need to play a controlled game with a tight defence and will need to maintain their discipline.

The coaching team has had three friendlies and one league game to look at individual players and combinations but they will have to get the selection right. Plenty of players have put their hands up and picking the right starting team and squad will not be easy.

Match-day squad will be selected at training on Thursday.

Up front, Newport change the front row and Josh Reid replaces Kyle Taylor at 7. Tom Pascoe comes in at 12, Llywarch Ap Myrddin takes the 15 spot and Elliot Frewen gets his first start of the season on the wing.

Supporters please note that we have been informed that all the Rodney Parade bars will now be cash-less. You will need a credit card, a debit card or mobile phone App to pay for a drink.