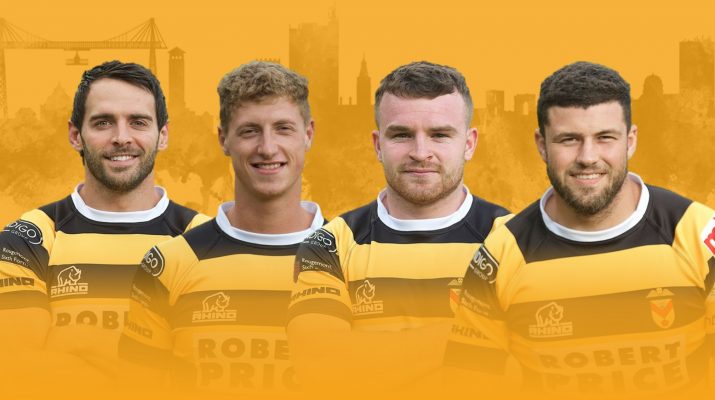 In the second of such announcements, Newport RFC are pleased to confirm that Elliot Frewen, Harry Griffiths, Luke Crane and Josh Skinner have all re-signed for next season.

Elliot is a firm ‘fans favourite’ and will be in his 10th season with the club looking to add to his 184 appearances and 71 tries. Let’s hope he breaks through the 200 barrier.

Harry joined last season from Cardiff University and immediately impressed. The tall rangy runner slotted into the 13 jersey and looked comfortable in the position. He will be looking to make the jersey his own next season.

Luke is a vastly experienced Premiership scrum half. Slight and snipping, his quick feet and reliable strong pass keep the opposition guessing. A very promising first season in Black & Amber should lead to great things in the next term.

Josh is equally at home in the back and second rows but is at his most devastating when carrying the ball hard from the base of the scrum into contact. The uncompromising well built forward started his senior career with Newport whilst in the Dragons Academy and in the last two seasons since returning has put in 35 appearances with 5 tries. A much sought after signature, the club are delighted he is staying with home club.

There is plenty more good news to announce so watch this space for further updates.