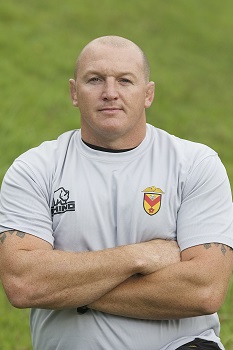 Played for Wales Youth, U19 (incl World Cup Final vs NZ), U21.
Played for Cross Keys Youth and then went on to captain senior side for three seasons at 19yrs old. Professional contract with Ebbw Vale at age 22 where he played for 3 seasons. Also played for Crawshays incl vs Slovenia, Slovakia and Czech Rep.
Serious knee injury meant Tyron retired at 28 when he took up a coaching role at Risca as Head / Forwards coach. In 2008 took them from Division 5 to Division 1 East in 6 years and also reached Swalec Plate Final at Millennium Stadium vs Ammanford.
Ty was appointed Forwards Coach 2015/6 and then head code for the 2019/20 season.