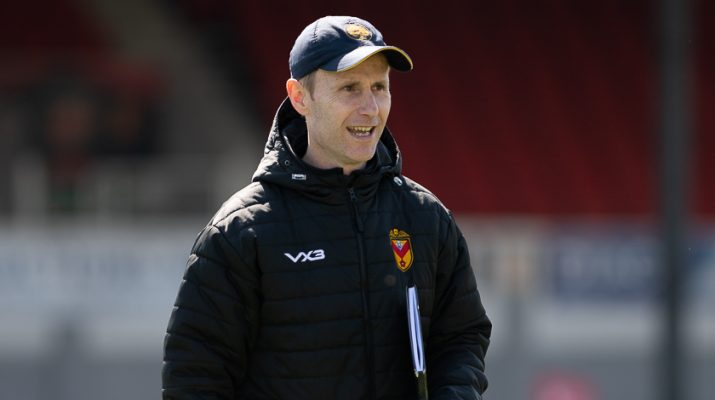 Head coach Craig Warlow has informed the club that he intends to stand down from his role at the end of this season.

Craig has been hugely influential in recent years as he has moulded together a talented, professional and tight squad that have competed successfully in both the Welsh Premiership and Cup competitions.

Craig joined the club as backs coach and then took the reins as head when Sven Cronk stepped down.

Craig’s dedicated approach to analysis of both our and other teams performances and his attention to detail have rubbed off on the team and led to improved performances on the park and the development of many individuals who have progressed their rugby careers under him. Craig guided Newport to the final of the Welsh Cup in 2018.

For the 2017/18 season Craig was voted by all of the other coaches in the league as the outstanding coach of the year and he was presented with his award at the annual end of season gala dinner.

These are big boots to fill and news regarding a replacement will be posted in due course.

Craig leaves with the best wishes of everyone at Newport RFC including the board, management, coaches, back room staff, players and supporters and will always receive a warm welcome back at Rodney Parade.