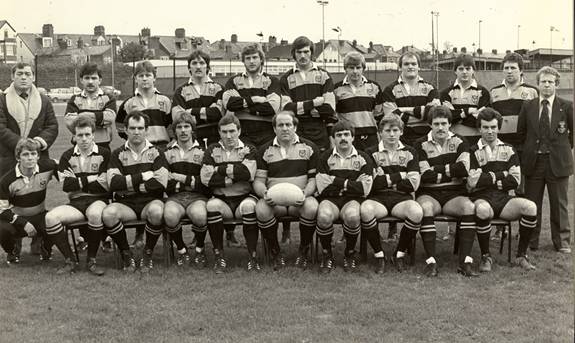 Though lacking an accurate goal kicker, fine victories were recorded over Coventry, Barbarians, Gloucester, Wasps and Aberavon. Newport outplayed the outstanding club side Swansea at St Helens in the 3rd round of the Welsh Cup only to lose 12-9 due to a series of controversial decisions. Newport then produced a great run only losing 1 of the next 13 matches and recorded wins over Llanelli, Bridgend, Ebbw Vale, Cardiff, Moseley and London Welsh. The Newport forwards were outstanding being compared to the famed Pontypool 8. Inconsistency in the back play meant that Newport never fully capitalised.

Club records were set for points (984) and tries (160). Scrum-half Nigel Callard was top try scorer with 21 – a record for a Newport scrum-half – while top points scorer was full back Mike Morgan with 182pts. Hooker Mike Watkins played all 50 games – only 2nd player since Peter Rees to play 50 or more games in a season and David Waters 49, Rhys Morgan and Colin Smart passed 300 1st XV appearances. Smart, Morgan, Waters, Widdecombe and Powell were the cornerstones of the Newport side and Wayne Rendall scored 17 tries from No 8. Mike Morgan, David Pitt, Phil Blight and Justin Robinson made most appearances for the backs.

Colin Smart played his last and 306th game for Newport vs Pontypool on April 13th 1982 at Rodney Parade and then decided to retire after being sadly sent off by referee Alun-Wyn Bevan. Prop Rhys Morgan received the Webber Bowl and back-row Wayne Rendall the Boucher Cup.

Colin Smart played in all 4 England internationals to take his cap total to 17 and former England Colts captain Nigel Callard played for England U23. 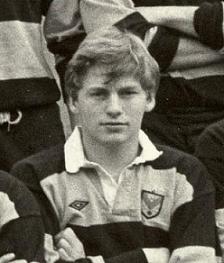