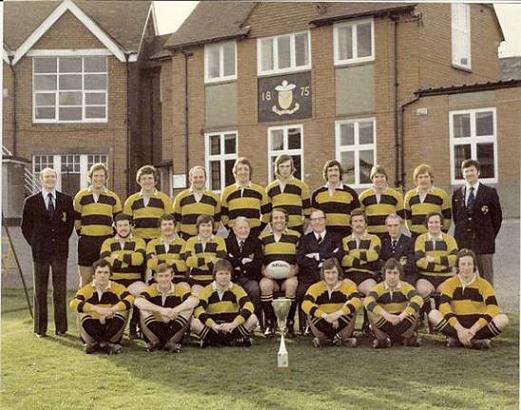 1976/7 under captain David Burcher saw more pages of history added. Pre-season saw Newport winning the Cardiff Centenary Sevens beating the Barbarians in the final. Only 2 defeats from 22 matches saw Newport head the Welsh Unofficial Championship, the Welsh Merit Table and also the Anglo-Welsh Merit Table. The second half of the season only saw 4 further defeats (all away) at Neath, Gloucester, Ebbw Vale and Aberavon. The last defeat and the 22-22 draw with the Barbarians meant that Newport had to be content with the runners-up position in the Welsh Unofficial Championship for the second season running. They did however win the Merit Table and the Anglo-Welsh Merit Table. Any disappointment at missing out on the Unofficial Championship by a mere 0.53% soon disappeared on Sat 30th April 1977 when Newport defeated their old rivals Cardiff in their Welsh Cup Final with second row Ian Barnard winning the MOM award in front of 35,000 people. Tries were score by wings Ken Davies and Jeff Cranton with full-back Leighton Davies kicked a penalty and centre Chris Webber kicked a penalty and a conversion. Captain David Burcher and Gareth Evans had to stand down as they had been selected for the British Lions tour to New Zealand. Acting captain and Englishman Colin Smart proudly lifted the cup at Cardiff Arms Park.

New comers were young 18 yr old scrum-half Alun Billinghurst from Caerphilly and he played in the Cup Final. Back row Dickie Barrell returned for his second spell with the club and played in the Cup Final. Hooker Steve “Junna” Jones joined from Pontypool but missed the Cup Final due to a burn from a lamp which meant that Dai Ford deputized. Outside-half Steve Diamond played 3 games and turned professional with Fulham. He played for Wales RL and in the 1979 Rugby League Cup Final for Wakefield Trinity alongside centre Brian Juliffe who had played 4 games for Newport this season before joining Pontypridd next season. Other new players were wings John Churchill (Caerphilly), David Bale and Mark Morris-Jones who scored 5 tries in the cup match vs Resolven, flanker Roger Powell who would play > 300 games for Newport. 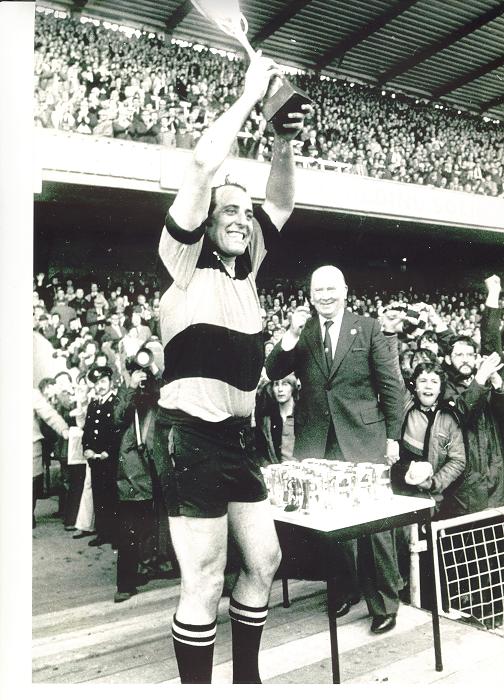