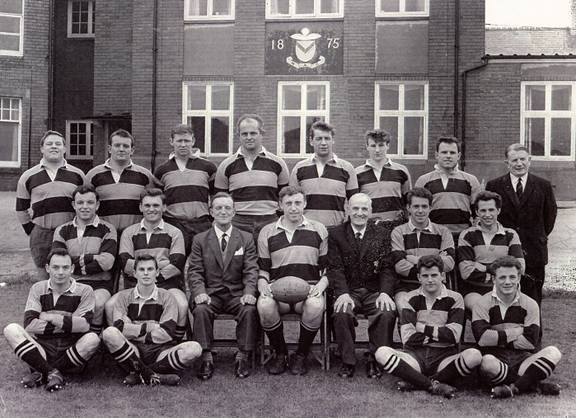 International Brian Price made his first step in his illustrious captaincy role for Newport in 1963/4. This season was to see Newport write arguably their greatest ever page into their history book when they were the only team to beat the Wilson Whineray’s 5 th touring All Blacks. Strangely this was probably the only real highlight in a disappointing and inconsistent season. Newport welcomed high scoring powerful wing Stuart Watkins from Cross Keys where he had already had a Welsh trial and utility back Allan Skirving made his debut.

Leading up to the New Zealand match on Oct 30th 1963, there was nothing to suggest that Newport would produce one of their greatest ever displays in their long history. They managed just 1 win in their first 4 matches – drawing with Italian side Roma and losing at Bristol and Neath and further defeats followed at home to Cardiff and away to Gloucester.

But come that wet Weds at Rodney Parade on October 30th 1963 everyone of Newport’s team rose magnificently to the occasion in front of 24,700 people. Newport fielded 10 uncapped players in their XV and the whole team had only won 24 caps at the time – the same number as NZ full-back Don Clarke had won on his own ! 3 further Newport players went onto win caps but at the end of there careers the Newport Xv managed a total of 99 caps compared with NZ’s incredible 302 caps. The match was a triumph of tactics with Bryn Meredith playing a key part as coach. They realized that they dare not give ace kicker Don Clarke any kicks at goal and the forwards never once gave a kickable penalty away. Newport No 8 Glynn Davidge was told to kill the ball at every opportunity and prevent All Black’s possession. He did this time and time again and his body was so badly beaten by All Black forwards that the referee at Newport’s next match vs Ebbw Vale told him that if he took the field he would be sent off. The only score came after just 17 mins when David Watkins fed Stuart Watkins who cross-kicked and from a maul Bob Prosser fed Centre Dick Uzzell who instead of heading for the try line decide to drop for goal. Uzzell actually kicked 4 dg’s for Newport in his career and the one against NZ wasn’t his best but surely his most important. There was no further score although full-back Ray Cheney hit the cross bar with a long range penalty on the heavy pitch. The Newport forward took control and Newport thoroughly deserved their win but there was a last minute scare as flanker Alan Thomas made a try saving tackle on an All Black centre. Due to injury international flanker Brian Cresswell was replaced by20yr old Keith Poole from Blaenavon and who was to give great service to the club and he made only his 2nd appearance for Newport. Keith was never to play on a losing side vs a touring side playing in draw with Wallabies 1967 and the win vs Springboks 1969. It was not only Davidge who missed the next match vs Ebbw Vale as Dick Uzzell had been grounded for missing lectures at St Luke’s College. He had been spotted on TV by his lecturers ! Dick is a great nephew of Harry Uzzell who played for Newport in the victorious Newport team who beat the Springboks in 1912. He is also a cousin of Newport captain Brian Price. Brian Jones was the only surviving member of the Newport team who played the All Blacks in 1954 – he was just 18 at the time.

Newport’s topsy-turvy season continued after this historic day although at time they did put together some good runs of wins. On the last match of the season they did prevent Cardiff from getting 4 wins when they got a 11-11 draw at Cardiff Arms Park. David Watkins was the star player for Newport and Wales ably served by Bob Prosser until a hand injury meant that local Newport Saracens player Stuart Clode stepped in admirably. Wing Stuart Watkins scored 16 tries from 29 games and Dennis Perrott 14 from 34 games and Peter Rees 13 from 27 games. Alan Skirving’s progress was hampered by a serious internal injury but he came back well. Full-back Ray Cheney set a club record of 171 pts in the season (1t, 33c, 33p, 1dg) but was sometimes erratic with his kicking. Centre Brian Jones passed 300 appearances in the season to join an elite few – one of these being Ian Ford who had by now passed 450 appearances and continued to surprise many with his consistency and dedication. David Watkins dropped 10 goals which was one short of Gethin Evans’s record 11 in a season.

The front row was usually the dependable David Jones (41), Graham Bevan (40) and Nev Johnson (37) ie the unit who played against the All Blacks and incredibly none were ever to gain a cap. The 2nd row was Ford and Price and the back-row Keith Poole (34), Glyn Davidge (37), Alan Thomas (34) with future international 2nd row Bill Morris, a Wales U23 player from Wrexham, making his debut and playing 16 games mainly in the back row. Vic Perrins showed real promise when he deputised for Graham Bevan. As well as Bill Morris Newport RFC welcomed props Colin Prescott who would later captain Penarth in the 1970’s and Barry Webb.
There was a major shock at the Snelling 7’s at Cardiff as Newport for the first time ever were defeated in the 1st round -losing 0-6 to Neath. However they had lost internationals David Watkins, Stuart Watkins and Brian Price who were on the Wales tour to South Africa.

Honours came to a number of players during the season Firstly only Newport of the British clubs had players – Stuart and David Watkins in the historic Jubilee World Rugby Series in South Africa. These players and also Brian Price, Peter Rees and John Mantle went to South Africa with the Wales squad for the match in Durban. In the 5 Nations and the match vs New Zealand, Newport supplied David Watkins (5), Stuart Watkins (3), Brian Price (5), Dick Uzzell (1), Peter Rees (1) and John Mantle (1). 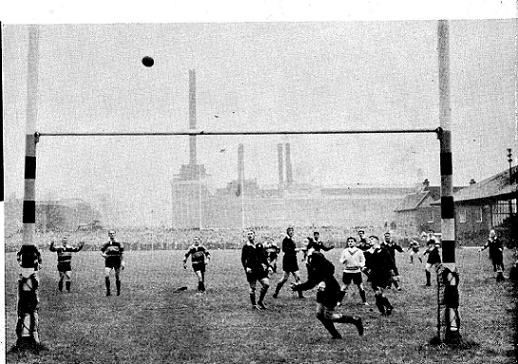